A DERBY day draw was fine reward for a battling nine-man Forres Mechanics side against Buckie Thistle on Saturday.

The Cans raced into a two-goal lead before drawing 2-2 with the Jags at Mosset Park.

Manager Charlie Rowley was pleased with the result, although disappointed to let the lead slip. He said: “If you had given me a point before the game I would have happily accepted that, but given the way we performed for 40 minutes I’m a bit disappointed.

"We were naive for five minutes and went in 2-2 which was a real injustice.

"In the second half we didn't play particularly well and gave them a foothold and the sending offs put us on the back foot.

"We were holding on and defending for our lives but I thought we were exceptional in terms of the application and desire to get something out of the game.

"All in all it was a pleasing day but there were a lot of aspects which could have been better.”

Forres Goalkeeper Stuart Knight had to be at his best on several occasions, and denied Marcus Goodall superbly early on.

Robbie Duncanson fired Forres ahead on seven minutes after a poor clearance from Kevin Fraser allowed Owen Paterson to set him up.

And the Cans doubled their lead on the half hour mark as Ross MacPherson’s ball forward was clipped in by on-loan Ross County midfielder Declan Hughes.

Buckie were given a lifeline on 43 minutes as a soft penalty was awarded against MacPherson for a foul on Sam Urquhart, and the Buckie wideman dusted himself off to convert. The Jags equalised in first half stoppage time when Scott Adams twisted, turned and fired past Stuart Knight.

Man of the match Ruari Fraser, who has just arrived from Ross County on loan, hooked off the line with 20 minutes left, before Stuart Knight pulled off a good double save to deny Andy MacAskill and Kyle MacLeod.

The Cans were then reduced to nine men in a crazy two-minute spell. Calum Howarth was sent off for a second booking on 78 minutes, and Stuart Soane followed after an altercation with Buckie defender Lewis MacKinnon. 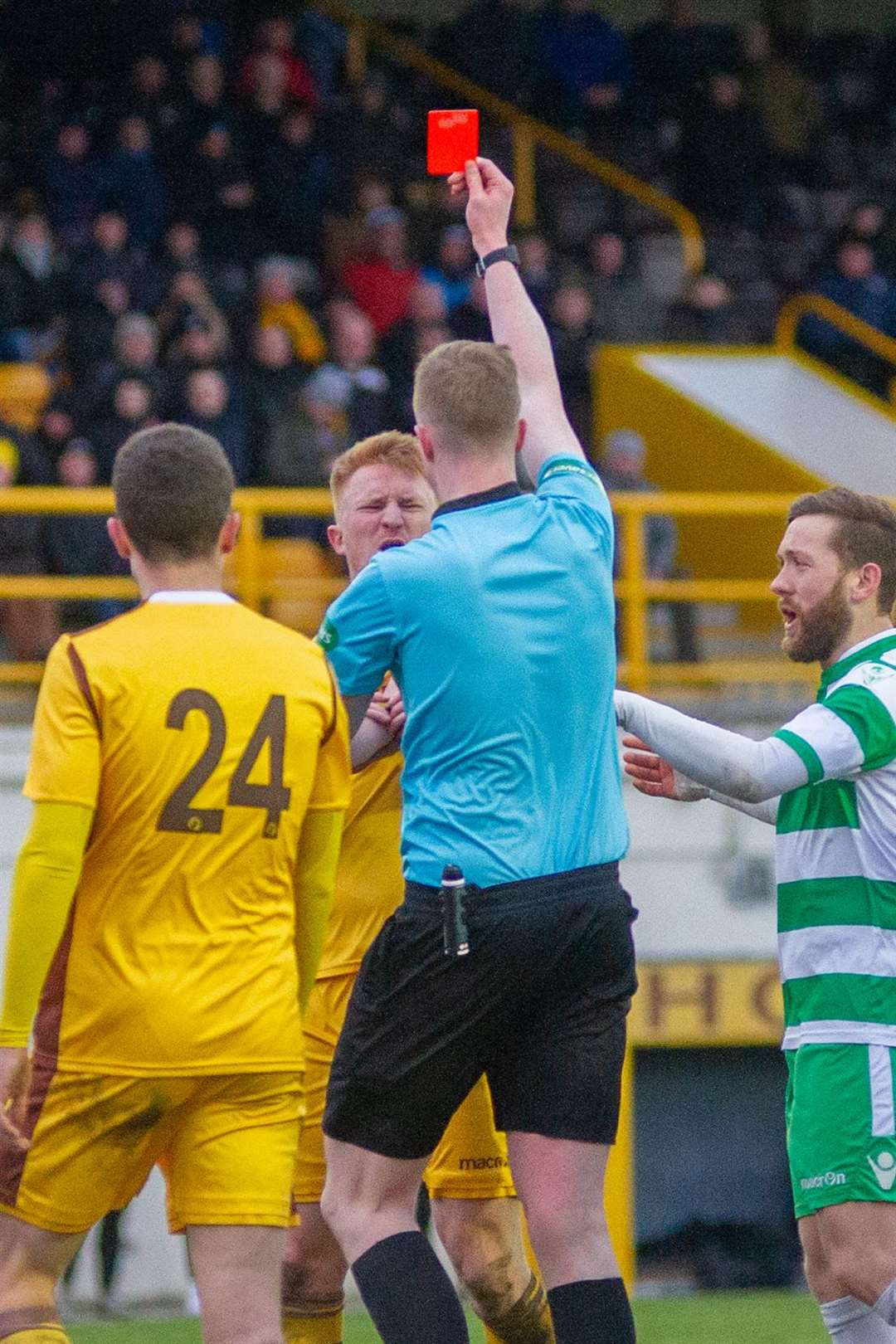 Forres staff members Craig Ewen and Charlie Brown were booked in the last ten minutes as the nine men held on for a point.

Mechanics fans were less than pleased with the young referee, but Rowley was more diplomatic in his assessment of the whistler's afternoon.

He said: “The referee’s experience probably didn’t help him, but I don’t blame him for anything.

“He’s not had many games at this level and it’ll maybe stand him in good stead further down the line.”