A POINT apiece was a fair result after a closely-contested Moray derby between Forres Mechanics and Rothes ended 1-1 on Saturday.

Mechanics took a 1-0 lead into the break at Mosset Park courtesy of a Lee Fraser strike, but Rothes hit back late in the second half through Craig Cormack to take a share of the spoils.

Forres Mechanics boss Charlie Rowley said: “A draw was a fair result. Both teams nullified each other. The pitch made it an even game of very few clear cut chances.

“It’s another game without a defeat so it keeps that run going.

“We would have liked the three points but I never felt we did enough. They never did enough to get the points either. It’s a reasonably positive result.”

Rothes had the first chance of note on 22 minutes as a mix-up between Calum Howarth and Graham Fraser allowed Aiden Wilson through one-on-one but he blazed over from the edge of the box.

It was the Cans who took the lead five minutes before the break as a cross from deep from Allan MacPhee was turned in at the near post by Lee Fraser. 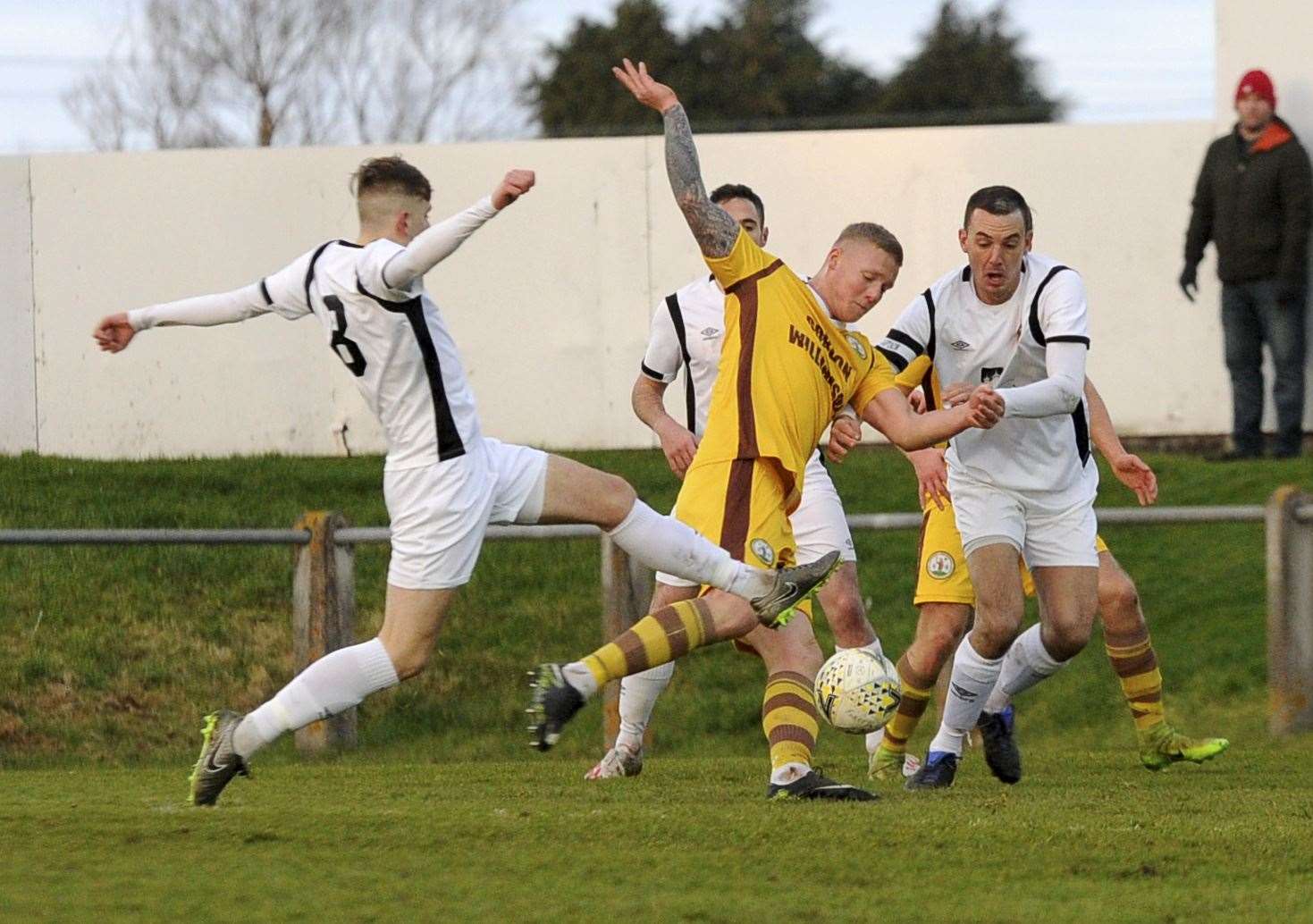 Fraser almost doubled his tally shortly before the break. Robbie Duncanson played the big striker in, but he was denied well by Rothes keeper Ewen Macdonald.

The resulting corner brought about another chance as Graham Fraser saw his header cleared off the line by former Cans midfielder Allan Pollock.

Pollock was involved at the start of the second half as he fired a good chance over the bar from a Wilson cutback.

Mosset Park was briefly plunged into darkness when half of the floodlights went out for a five minute period, and when the lights came back on it was Rothes that took the stage.

Stuart Knight did well to deny Ali Sutherland with 20 minutes to go, but the visitors knicked their point on 77 minutes.

Neat interplay on the edge of the box set up Craig Cormack to slot into the bottom corner from inside the area for 1-1 and a share of the points.

Rothes manager Ross Jack said: "A draw was a fair result. The pitch suited them more than us.

"I was delighted to come back from a goal down at half-time. I'm disappointed we didn't win the game in the end but both teams are on a decent run and cancelled each other out."