Easier access to your trusted, local news. Have a look at our digital subscription packages!

PRINCESS Anne visited Moray today, stopping off at three locations in Forres and Findhorn to meet local leaders and volunteers.

The Princess Royal arrived by helicopter, landing in Grant Park at 1.30pm, and ended her tour by being taken on a boat trip around Findhorn shortly before 5pm.

Her first stop was at the Tolbooth, where she met with and thanked volunteers and local residents for their efforts during the pandemic – before being met by a crowd of around 50 onlookers on the high street outside.

After a trip to AJ Engineering, where she opened the company's new complex at Waterford, she ended the afternoon in Findhorn by presenting Moray Inshore Rescue Organisation (MIRO) with a Queen's Award for Voluntary Service – before a short boat trip around the bay.

Moray's Lord Lieutenant Seymour Monro said: "It was a terrific day and I'm so pleased that – at the third attempt – the Princess Royal managed to get to Moray. She loves coming to Moray.

"We had three very different events, we met community leaders, volunteers and key workers in the Tolbooth, then we went to see AJ Engineering which she loved.

"Then we visited Findhorn. She loves the sea and has been to MIRO before, so I'm absolutely delighted she was able to present the Queen's Award for Voluntary Service to them because they are an outstanding organisation and it's thoroughly deserved."

MIRO chairman John Low said it was a great honour to receive the Queen's Award – which was originally due to be presented in May before a Covid-19 outbreak in the area.

He added: "It's been a long journey for MIRO since 2005. The Princess was here in 2012 for the dedication of one of our last boats so it's nice that she's taken time to come back and see us all again – and especially with this award.

"Although this is an award for MIRO, it's really an award for the whole village because the village has supported MIRO so well since its inception."

Forres councillor George Alexander, who is chairman of the Forres Heritage Trust, was one of the first to meet Princess Anne – introducing the Queen's daughter to a number of key community stakeholders at the Tolbooth.

He said: “It was wonderful to be able to welcome Her Royal Highness to the Tolbooth and introduce her to many of the people who make Forres the fantastic community it is.

"We were pleased to be able to show off the newly renovated courtroom which is looking stunning.

"A light lunch was provided by Chimes and The Princess Royal chatted to the guests.”

After a bite to eat at the Tolbooth, Princess Anne visited AJ Engineering's headquarters on the Greshop Industrial Estate, where she was given a tour by fabrication manager Craig Johnston.

Shortly after, she opened the company's new multi-million pound development at Waterford.

AJ Engineering owner and Moray's deputy lord lieutenant Alan James said: “We feel very privileged that Her Royal Highness included AJ Engineering on her Moray visit and I would like to thank the staff who worked hard to prepare our premises. It was certainly an exciting day.

"We are also thrilled that she has officially opened our new facility at Waterford.

"It has taken a lot of planning and determination but the day made all of that investment worthwhile.”

View more pictures in the gallery below. 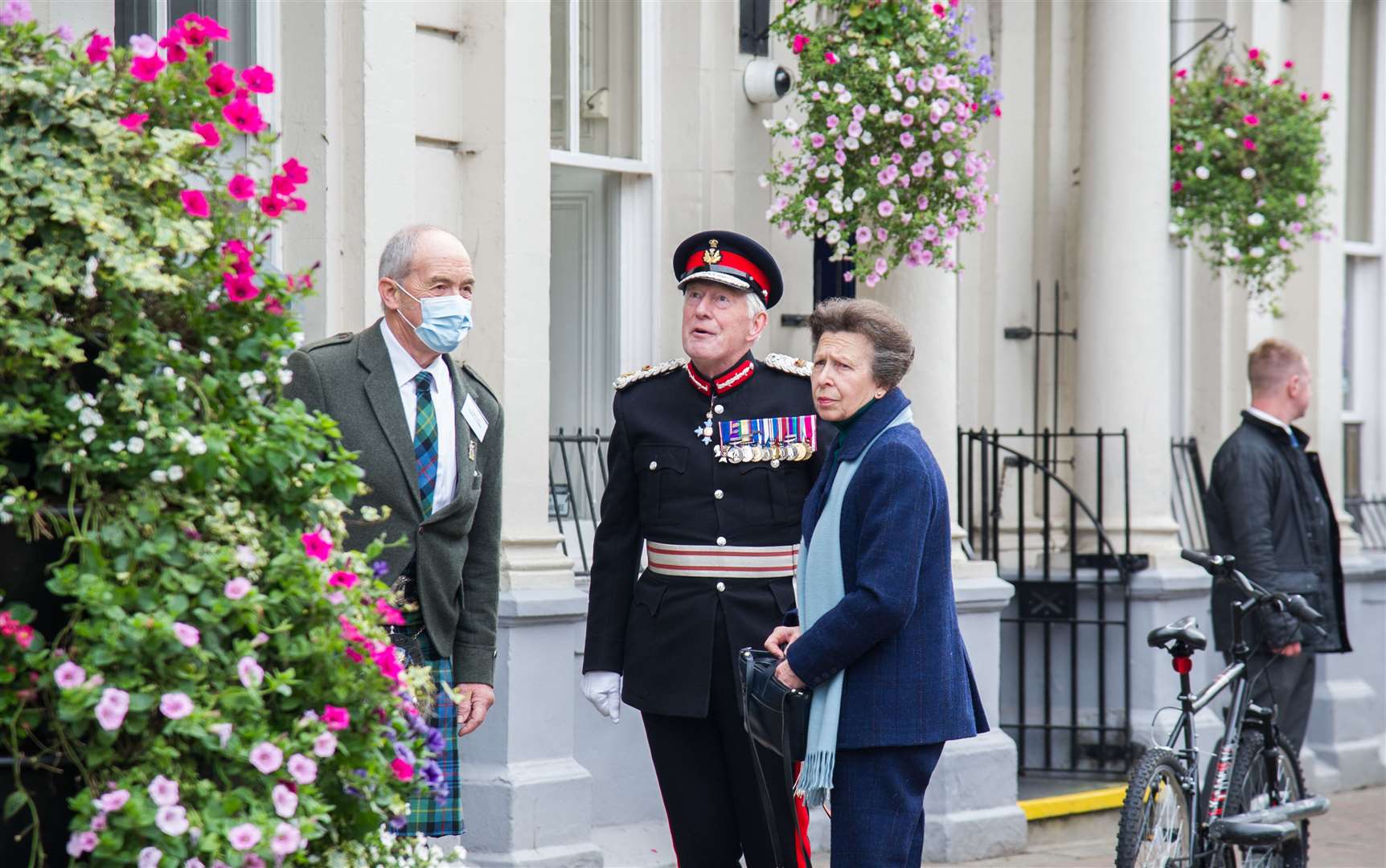