IT'S hard to believe that a full decade has gone by since Forres Mechanics were crowned Highland League champions.

But it was on May 5, 2012, that the Can-Cans defeated Fraserburgh 1-0 at Mosset Park to pip now-Championship side Cove Rangers to the league title – Forres' first since 1986.

The manager behind the title win, Charlie Rowley, described the day as "something we will never forget" as he looked back on his, and Mechanics', finest hour.

"It was a very special time for the club," Rowley, who went on to manage Forres until 2021, said. "The nerves and anticipation before the Fraserburgh game spring to mind.

"We didn't want to let the Forres loyal or the community down with the opportunity we had. To get over the line, obviously we were overjoyed but there was a sense of relief, too.

"I remember that night (at the Mosset Tavern) it was standing room only. It was packed to the rafters. The Doc (former chairman) was on top of the bar giving a speech and there were singsongs for Lee Fraser (then-injured striker).

"It was something we will remember forever."

Mechanics came into the 2011-12 campaign having finished 9th, 5th and 6th in three seasons prior.

So, despite the club being crowned North of Scotland Cup champions in Rowley's first season in charge in 2010-11, a title charge was certainly not on the agenda.

"A few years prior to the title win we were in a less-than-ideal situation," Rowley said.

"The chairman had left and the club was down to the barebones. It was a matter of building from scratch and we had to entice local players to come and help their local club.

"It's those players – the likes of Tony Ross, Matty Davidson, Steven and Matty Fraser, Simon Allan and Scotty Moore – that deserve so much credit. They got us pointing in the right direction.

"We had great quality, but there's no chance we would have competed – nevermind won the league – without the dressing room spirit.

"They all got on with each other so well and that created the right environment for going on to start winning games."

There are four matches in particular that stand out to Rowley as being key in ensuring Forres beat Cove to the title.

The first was an early-season hammering of their direct rivals, when Forres beat Cove 5-1 at Mosset Park on October 29, 2011.

On March 24, 2012, Forres – down to 10-men after goalkeeper Stuart Knight was sent off – defeated Buckie Thistle 2-1 at Victoria Park.

A hard-fought, and somewhat fortunate, point against Keith at Kynoch Park on April 14 was labelled a key one.

And then there was Turriff United away, just days before the title was secured, when cult striker Ryan Green snatched the only goal in a 1-0 win in a game that Rowley describes as the best he's ever seen from any Forres team.

"Beating Cove, who were our biggest rivals, at Mosset Park was a massive one," he said.

"In the Buckie game we had midfielder Neil Whyte at right-back and Knighty was sent-off but we dug in and managed to win 2-1.

"Then there was Keith away where we really struggled. Nathan Sharp should have been sent off, he took Cammy Keith down by the next, but somehow he didn't get red carded and we got a point there.

"We got a lot of luck and a late goal against Keith, who were our bogey team.

"But the most important was Turriff away. It's the best performance ever by any Mechanics team I've been involved with.

"From minute one to minute 90 we were on it. We won 1-0 but it would have been a travesty had we not won – it should have been five or six. So that was the stand-out."

All of those games teed up the all-important showdown with Fraserburgh – who conincidentally won this season's Highland League with a home win over Forres – at Mosset Park.

Possibly the ugliest goal of the whole season turned out to be the most vital as Broch defender Ryan Christie's bobbling back pass beat his own keeper to secure a 1-0 win for the Cans and spark wild, town-wide, celebrations. 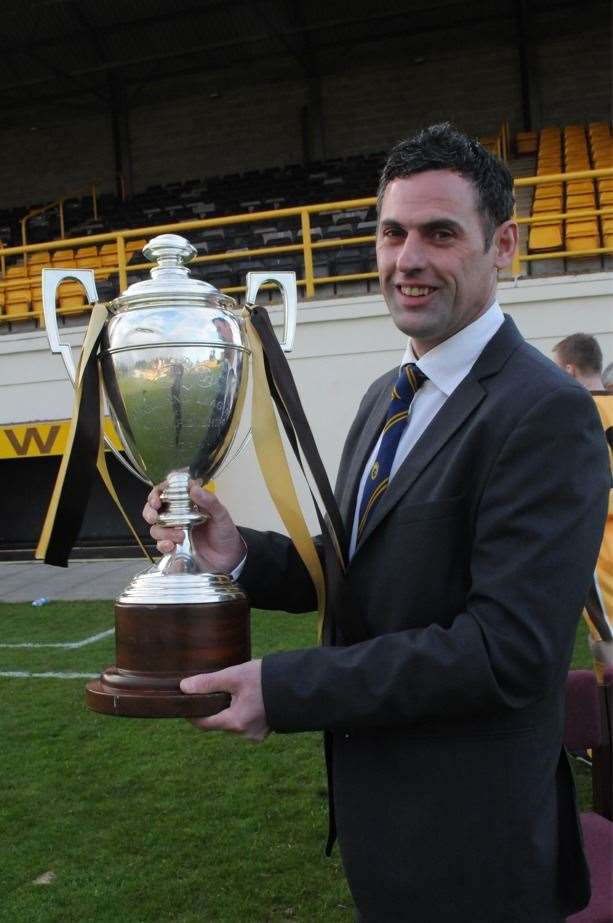 "When you look back and see that we finished 9th the next season, it just shows how big an achievement it was," Rowley added.

"Given what we had available, the players deserve so much credit. They could have made more money elsewhere but there's more to life than the financial aspect.