FORRES Mechanics cruised to a 4-0 victory over Moray rivals Keith at a drenched Mosset Park on Saturday.

Andy Macrae opened the scoring from the penalty spot before a double from Allan MacPhee, voted man of the match for the second successive week, and a first Mechanics goal from Callum Johnston wrapped up the victory. Stuart Soane limping off with a calf injury during the second was the only blot on the day for Forres.

Manager Charlie Rowley was pleased with the performance. He said: "I thought we were excellent. We took a bit of time to get used to their shape but once we got to grips with that I thought we dominated possession and were easy on the eye for long spells.

"The scoreline was thoroughly deserved."

Keith had their fair share of chances and started the match well before a dubious penalty decision on 30 minutes allowed Forres the chance to take the lead.

Jordan Milne carried the ball into the box before going down after a sliding tackle from Marc Young - he never appealed for a penalty, nor did the home fans, but he was given one by referee Liam Duncan.

Andy Macrae stepped up and slotted the ball into the bottom left hand corner to give the Cans the lead.

Milne had a chance of his own after a super break from a Keith corner left him one-on-one, but his effort was blocked behind. Stuart Soane was denied the honour of becoming Forres fastest player to reach 100 goals - at least for now - when he was denied by a good Greg Simpson save moments later.

But the advantage was doubled by the on-form Allan MacPhee on 38 minutes. His shot was deflected and beat Simpson, who got a hand to it, for 2-0.

Keith had a big chance to halve the lead going into the dressing rooms but McAllister's headed effort was blocked off the line.

Michael Selfridge had an even bigger chance at the start of a second half, which Keith started quickly. He was played through by Josh Bolton but was denied by Stuart Knight. 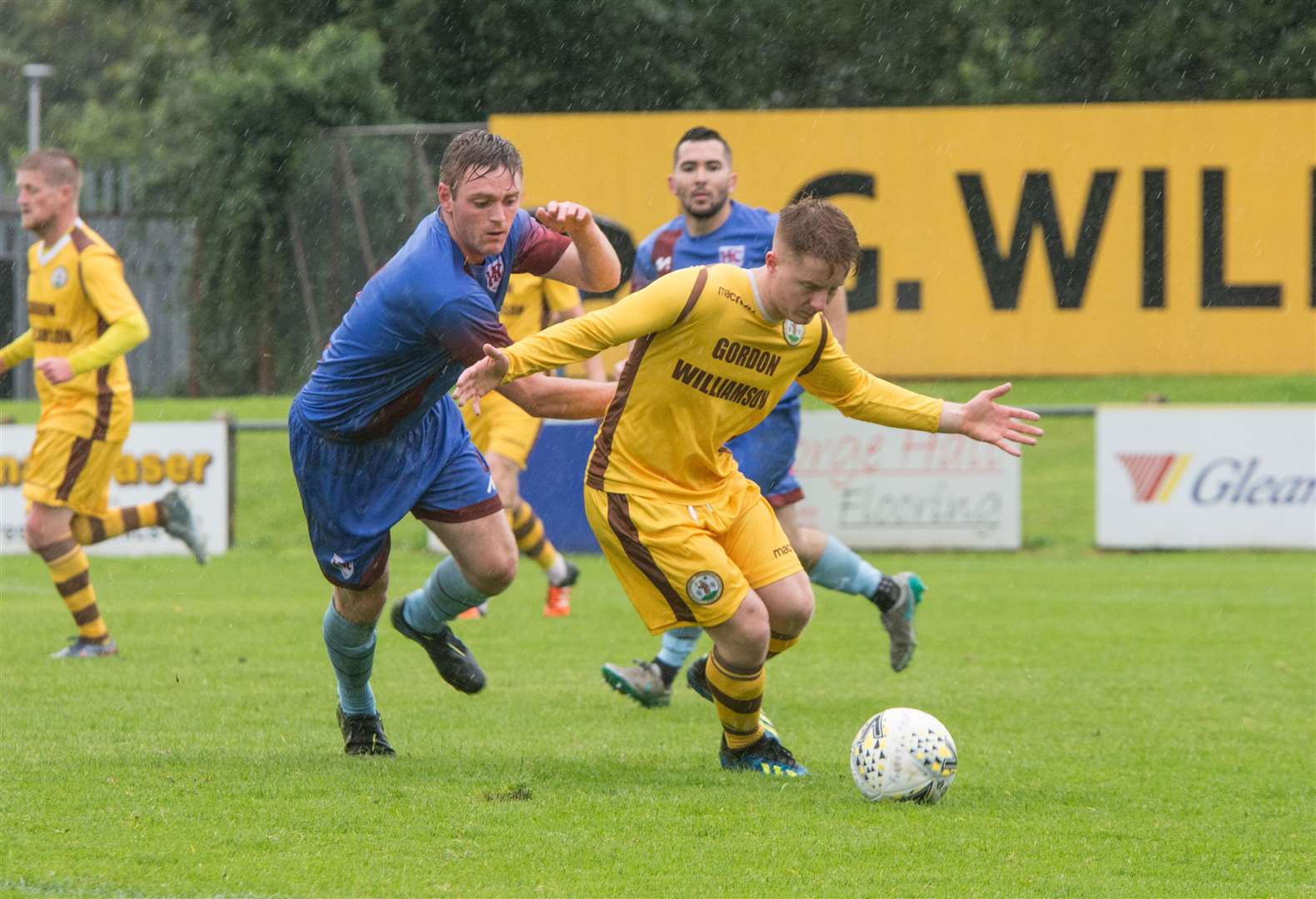 The visitors were made to pay for their misses as it was game over just before the hour mark. MacPhee's cross was perfect for Martin Groat and, after his shot was blocked, Callum Johnston stroked in for his maiden Cans strike.

The scoring was wrapped up on 72 minutes by Allan MacPhee as he rattled a super finish in at the near post after being played through by substitute Aaron Hamilton.

Keith assistant manager Jamie Lennox, speaking to the press as Dean Donaldson was watching from the stands while serving a touchline ban, was disappointed by his side's performance. He said: "I don't think we played particularly well. We allowed them too much time and space on the ball and you can see by the scoreline they punished us.

"We did OK in spells but ultimately not good enough and not up to the standard we are looking for."

Elsewhere in Moray, Buckie Thistle moved into fourth place with a big 1-0 victory over title-chasing Formartine United and Lossiemouth were beaten 3-0 by Strathspey Thistle.