Thousands are walking the Dava Way 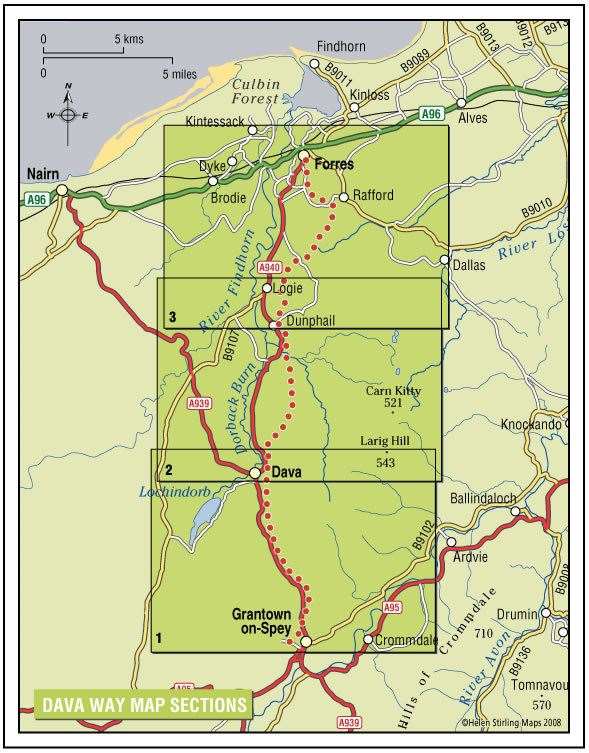 MAINTENANCE volunteers have confirmed that more than 100,000 people have walked the Dava Way since 2015.

Over the four-year period, there have also been more than 16,000 cyclists using that section of the old Highland Railway line, according to the Dava Way Association's (DWA) automated footfall counter.

The counter works on air. There are buried rubber pipes under the footpath which – when compressed by a passer-by – activates it.

DWA chairman Neil Sinclair said: "The count of 100,000 is extremely satisfying and makes the project really worthwhile. We realise that we will not match trails such as the Fife Coastal Path but the Dava Way has been created and is maintained solely by volunteers so the figure make a massive difference to us.

"The numbers of walkers and cyclists is increasing year-on-year as more residents and visitors discover the trail. While most walkers will not walk much farther than the Rafford embankment, a significant number will venture south to Dunphail or cross the moor to Grantown.

"The way has also proved to be a popular route for charity events like the Ghost Train Walk and Cairngorm to Coast Challenge, which have boosted the numbers over the years. The Long Distance Walkers Association and other outdoor activity groups also regularly use the Dava Way."

The Dava Way is maintained by volunteers from the Dava Way Association and is funded entirely from donations and grants made by various charities. Clearing drains and fallen trees and repairing the track requires several hundred hours and several thousand pounds each year.

DWA carry out maintenance on the track via financial support from bodies including SUSTRANS, Scottish National Heritage, The Budge Fund, donations from individuals and funds raised via activities such as the Ghost Train Walk.

"Mechanisation is a great help and the way forward," said Mr Sinclair. “We have around 30 volunteers and about 10 to 15 regularly turn on the second Saturday every month, weather permitting.

"We are currently working on filling in potholes on the Dava Moor just south of Dava in an area locally known as Heatherbells – not that far as the crow flies from the Jesus Saves stone.

"Ditching and clearing out the old railway drains is an ongoing task because once we can get the old drains clear the path stays dry. This we have been doing here as well."

To join the volunteers, email secretary@davaway.org.uk or go to The Hub on Tolbooth Street.