THE new year could signal a brighter future for a Buckie coach firm and others like it across the country as hopes of a sector-specific support package for the industry rise. 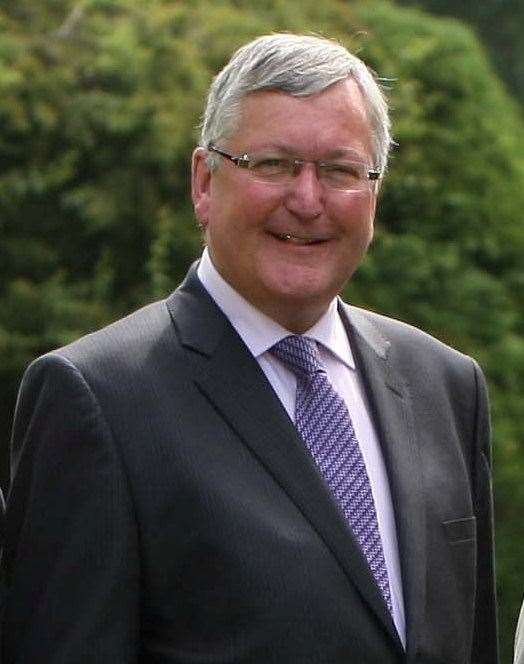 Since lockdown family-run Buckie coach firm Mayne's Coaches, along with the rest of the industry, has been lobbying both the Scottish and UK governments for a tailored aid programme, a campaign which has been given a boost with the news that Cabinet Secretary for Rural Economy Fergus Ewing MSP has committed to taking operators’ case for backing to his ministerial colleagues.

While there is no guarantee that bespoke funding will come via Mr Ewing’s work, the Confederation of Passenger Transport (CPT) Scotland earlier submitted a comprehensive ‘aid to trade’ proposal to him. That document was finalised after discussions with Mr Ewing and liaison with coach operator members.

Welcoming the news of Mr Ewing's support, Mr Mayne said: "The main driver to seek Scottish support directly was after the Northern Ireland coach industry received sector support, the first of the other devolved nations.

"We have an industry have the positive outlook of sector support from Scotland alone, and a clear understanding of the importance of coach as our industry and nation is vitally linked together with tourism.

"This means a huge relief that our sector, that work will be made to help with support and a cushion for companies to be able to assure tourists from around the world that Scotland is ready for business and our industry waiting to take them when they arrive.

"Fergus Ewing has been great; he's been willing to help us from the beginning and he sees and appreciates the importance of coaching."

Mr Mayne added that he had also been in touch with a range of people across politics and the coach industry, including Moray MP and Scottish Conservative Douglas Ross and friend and fellow coach operator Martin MacPhail from family firm MacPhail’s Coaches near Glasgow.

Also delighted with the news was CPT Scotland Director Paul White, who said that Mr Ewing had assured him that he would take the sector’s cause to Scottish ministers if nothing meaningful was heard from Westminster.

"This is a positive development," Mr White continued.

"While nothing is guaranteed, the Scottish Government is now taking direct responsibility for looking at the needs of the coach industry here."

A further meeting with Mr Ewing scheduled for mid-January. However, Mr White has written to him to request an update on the progress of any support package before Christmas. In his letter, Mr White has underlined the scale of the problem facing Scotland’s operators. He has also pointed out that well-known name Allan’s Coaches left the industry recently.

If a support package for the Scottish coach industry is approved, one industry figure has suggested that, when combined with the scheme in Northern Ireland, it will further pressure Westminster to develop a bespoke funding parcel for the wider UK sector. However, CPT says there is currently no indication that the Department for Transport or the Treasury is looking to do so.

A Scottish Government spokesperson said: “This has been a challenging time for everyone, not least coach operators, and while we have made over £2.3 billion available to Scottish businesses during the pandemic we are aware that not all coach operators have been able to access all forms of support.

“The Tourism Secretary has had regular meetings with the Confederation of Passenger Transport and other coach operators throughout the pandemic and has repeatedly pressed the UK government for a four nations meeting to address their specific requests for targeted financial support, but our calls have fallen on deaf ears.

"We are actively considering options for targeted financial support for the coach industry within our existing powers but are constrained by the limited financial levers available to us.”

Scottish Conservative MP for Moray Douglas Ross commented: "I am pleased that some progress is being made.

"I’ve raised this issue in parliament a number of times and have been working with local firms in an effort to get support for the coach sector.

"The Scottish Government has now received almost £10billion in additional funding from the UK government to deal with this pandemic, so the resource is there should they choose to use it.

"Rather than seeking to blame Westminster, Fergus Ewing should be taking this up with his own cabinet colleagues in Edinburgh."